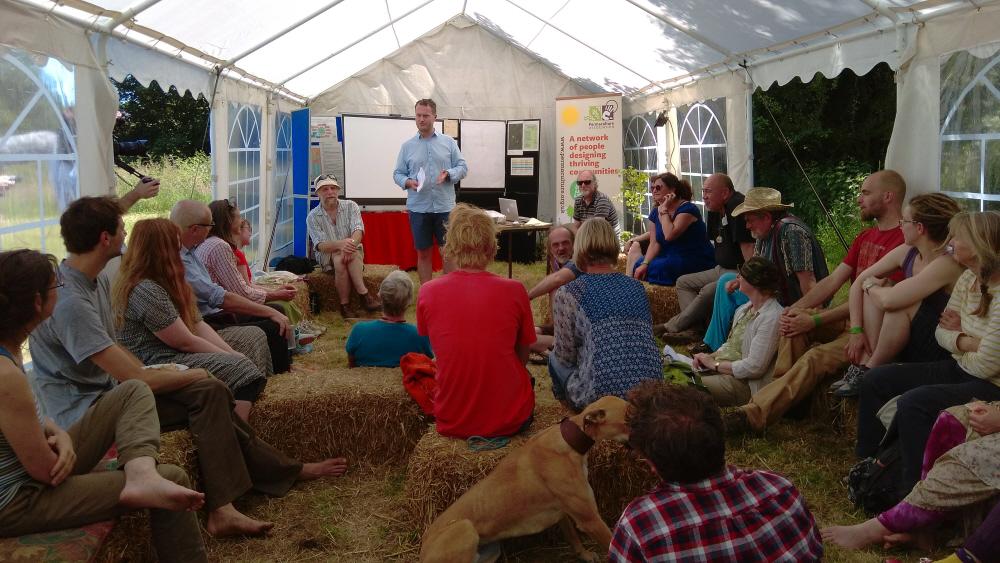 It’s a principle of permaculture design that the boundary between contrasting ecosystems, such as an estuary or a woodland edge, is particularly diverse and productive.

And so this year’s gathering, held at Tyddyn Teg in Snowdonia on a roasting hot weekend in mid-June, took as its theme the edges that we find in and around Welsh permaculture and asked how we can make more of them.

One of the most obvious of these is the interface between the permaculture community – often seen as English incomers, although increasingly this is not the case – and the indigenous culture, especially the Welsh-speaking communities of the rural areas. Alice Gray, one of the members of the Tyddyn Teg co-operative, lived for many years in Palestine before moving to Wales to grow vegetables and had some interesting perspectives on the power relations between different cultural groups claiming rights to the same land. This led to a discussion of the ‘decolonization’ of permaculture with Marit Parker (below, right, with Alice), one of the Welsh speakers who ensured that the language was heard regularly during the event. 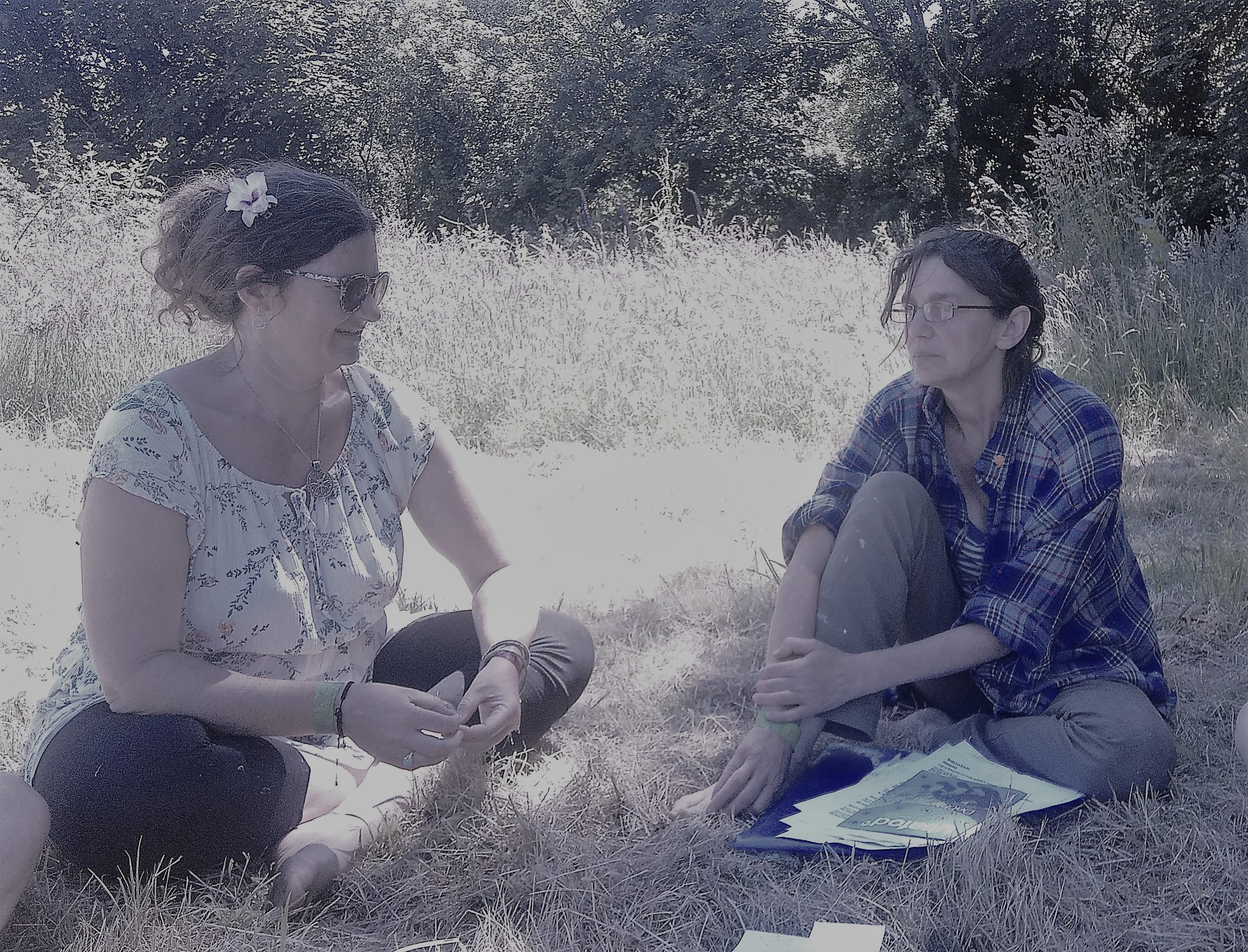 Another significant edge was the one between the modern farming sector and the novel approaches of permaculture. The European-funded, government-run agency Farming Connect has provided technical advice and a study tour for the Tyddyn Teg team, who are growing vegetables in the field as well as in astonishingly tidy and productive polytunnels, and is using them as a focal site from which others can learn.  Independent consultant Geraint Hughes, representing Farming Connect, came on the Saturday afternoon to talk about the opportunities he saw for collaboration. Permaculture design has much to learn from indigenous approaches, and it also brings a new angle – conscious design that questions assumptions – which could help shape the future after Brexit.

Joanna Dornan of the Landworkers’ Alliance spoke next and outlined the possibilities for political action drawing on the People’s Food Policy, a bottom-up approach for transforming the food system in England, which has lessons for Wales. Closer to home, the Welsh Food Manifesto and an emerging Food Network Wales offer a vehicle for action, in the context of the Well-being of Future Generations Act and the Environment Act. What new connections could we make if we reached out across the various divides, and what enthusiasm might that release? Maybe now is our moment. Holly Tomlinson, Tyddyn Teg’s newest co-op member and an active campaigner with Reclaim the Power, has offered to pull some ideas together. 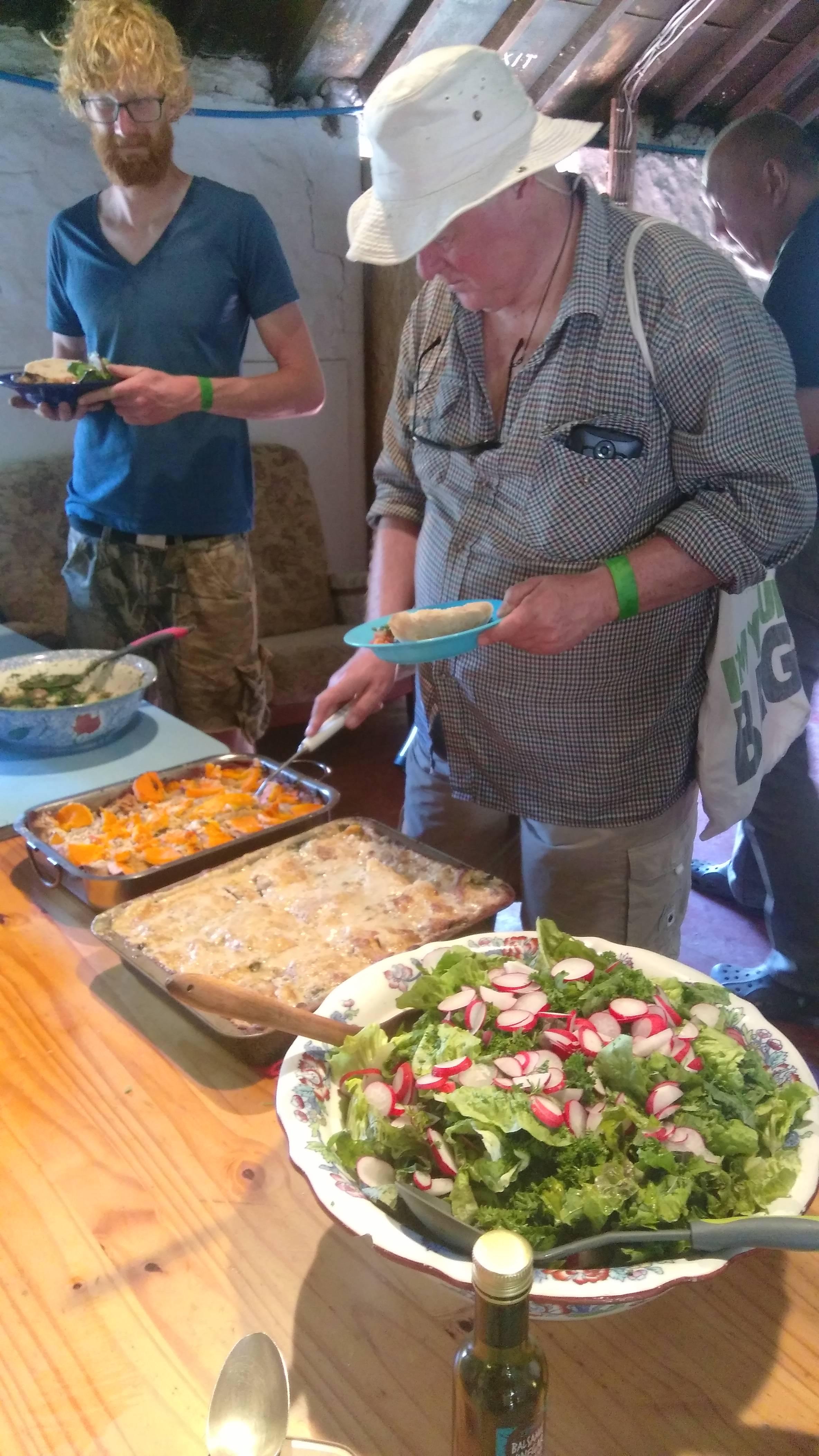 Other topics covered at the weekend, which was blessed by continuous sunshine and delicious food, were fermented foods, bee-keeping, non-violent communication and soil cultivation methods that reduce compaction and disturbance.

And central to the Gathering, which was attended by delegates from as far afield as Pembrokeshire, Neath and Wrexham, was the development of Paramaethu Cymru itself, which came out of the weekend with a constitution that will allow us to open a bank account for local fundraising, as well as a Chair (Peter Stopp), a Secretary (Cara Wilson) and a Treasurer (Mark Chapman).

A strong Coordinating Group is emerging, with subgroups focused on ‘rootedness’ ( learning from Welsh culture) and Dysgu/ education, as well a number of thriving regional groups.

There are more opportunities than ever to get involved with Paramaethu and help shape a sustainable future for Wales, so get in touch if you would like to know more: [email protected].