Putting down roots in Wales 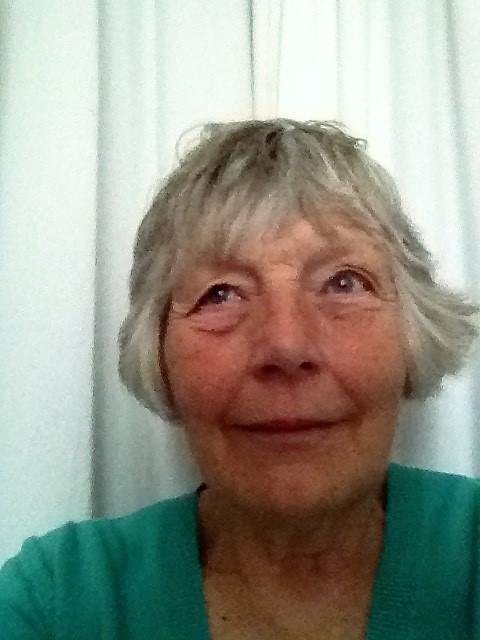 After many years of living in urban areas and working in the counselling world and dreaming of a more sustainable life, Sue Laverack grabbed the chance to move to a very small smallholding in southwest Wales where she is happily learning Welsh, battling bindweed and brambles  and sometimes managing to grow edible things.

One of my regular tasks in training Relate counsellors was to do a session on working with couples from a culture different from the counsellor's own. Trainees usually came  expecting something on how marriage was done in Pakistan or the West Indies but what they got was an exploration of the variety of cultures in the room even if we were all white, Anglo-saxon British! What emerged every time was that we assume that people who look like us and live (relatively) near us must be like us, think like us and live like us. In fact sheep farmers from the uplands of Wales and the Yorkshire dales probably have more in common than either has with a dairy farmer from Cardigan or an arable farmer from East Anglia. The life cycle of the sheep sets the rhythm of their days and years. Even next door neighbours may 'do' Christmas or birthdays very differently. My nuclear family culture is nested in, influencing and being influenced by, my extended family one, the regional one, the National one..... 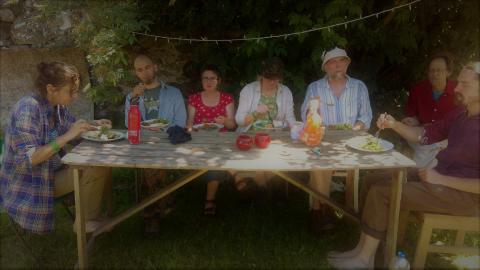 For these reasons I like the idea of 'rootedness' much more. Traditionally the ways in which we are, do, live, have been determined by the topography, climate, politico/legal system, religion and language of the area. On top of these, of course,  issues like occupation (think of the Landsker line /A40 divide) and immigration (miners to the Welsh valleys, retirees and second home owners to tourist towns). Out of those opportunities and limits comes culture and since these underlying factors vary across Wales so do the cultures they engender. And it seems to me that Permaculture emphasises the importance of looking at and respecting those factors.

By observation, trial and error people grew or reared what did well in the local conditions and what they liked to eat or see. Hence barley bread across much of Wales where wheat did not do well; fish and laverbread on the coast and mutton in the hills.  Religious affiliations and value systems came out of their experience of life and work and built community; so Labour Party affiliations in the mining communities where resources were owned by the few and a more Conservative approach in some of the farming areas where land ownership was more equal. By learning about and respecting those traditions we can save ourselves a lot of bother!

So Welsh culture is a broad church and a slippery thing. Perhaps this is why we keep coming back to language. If I have no word for something then can I think it? I certainly will struggle to communicate it. Just remember the frustration embodied in 'I can't put it into words' or 'I can't find the words for it'. Language both shapes our thoughts and determines which ideas, emotions, responses and reflections can, and cannot be shared with others liguistically. I suspect that one of the extra problems inherent in 'Welsh Culture' is that the language is not unified - people from North and South may struggle to comprehend each other and this is, I think, a bigger difference than say Geordie and Devonian. But however frustrating it is to me as a learner that a book in North Welsh is hard to understand, the differences between dialects are less than that between any of the dialects and English!

But we still need to remember that 'Wales' is a man-made, relatively modern, political entity. On our border roots and culture spread both ways. So how can we create a distinctively Welsh permaculture whilst still celebrating our connections to the rest of the UK and the rest of the world?

Since language seems to be so central to our distinctive culture we can encourage the use of the Welsh language whnever and wherever we can. But in order to 'use and value diversity' and to 'integrate rather than segregate' we want to avoid the formation of parallel Welsh language and English language systems. Paramaethu Cymru involves people who are monoglot English, Welsh learners and those fluent in both languages. We have to 'use small and slow solutions' so we proposed that we have at least one  session or workshop presented bilingually at events and to encourage those who are able to do so to post in both languages on facebook etc.

There are a number of other organisations we can liaise with in various ways - S4C and Radio Cymru, CAT (working to provide more in Welsh), Fferm Ty Maenwr (a permaculture project with volunteering and workshops in both languages), Geirfa Garddio (Welsh language gardening words with short articles) and Cymdeithas Edward Llwyd (country walks with Welsh speaking leaders). Again we will employ the principles of 'observe and interact', 'integrate not segregate' and 'catch and store energy'.

The other big theme is traditions and we are aware of several projects to find and record traditional practices which we can tap into - again 'catching and storing energy'.  Quite how we take this forward is yet to be decided. We are very aware that building Paramaethu Cymru is a process, an evolution, and like designing a garden we will explore the overall design in the light of our wants and needs but be responsive to new information and opportunities (and challenges!)

We are also determined to 'use edges and value the marginal'. An event or opportunity in Bristol may be much more interesting to someone living in Newport (Gwent) than one in Cardigan or Caernarvon. So we hope that our map will spill over the man made border and celebrate the people on the other side of Offa's Dyke.

This is the pattern of our design - detail will come as we 'apply self regulation and accept feedback' and 'creatively use and respond to change'. Exciting times!