Why is 'rootedness' important to permaculture? 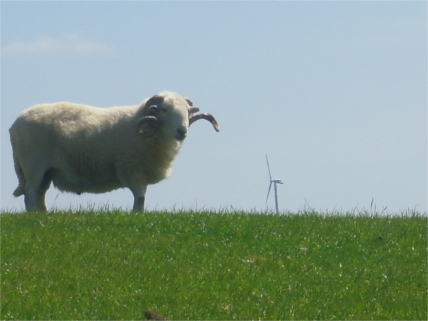 Recently a friend challenged me to think about where permaculture's ideas came from, suggesting the concepts weren't original but had been gathered from traditional and indigenous cultures and repackaged for a modern world. This intrigued me, but I also felt sad because it means that permaculture, for all its brilliance, is failing to live up to its own ethics if it has used others wisdom without acknowledgement.

To me, the ethics speak of fairness, of social and environmental justice, of changing the dynamics of power and privilege. Taking anything, be it knowledge, resources, land, from those who “don't matter” sounds horribly like colonialism. And whether we like it or not, colonialism is part of our history here in the UK, so considering permaculture and the ethics in these terms has some challenging edginess for us all, and there are aspects that may come as a shock.

Think for a moment if you will – where in the world has a village been drowned to build a dam? You'll think perhaps of India, or China, or Brazil. Somewhere far away I'm sure.

And where has a community lost a generation to industrial waste? Your answer might be Bhopal, or perhaps somewhere vague in Russia.

Then your answers will be very different. 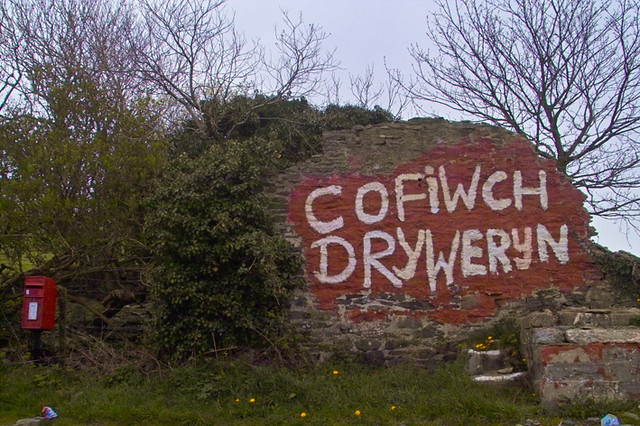 Fifty years ago, the village of Capel Celyn was drowned when Afon Tryweryn was dammed to provide water for Liverpool. That same year, calls for urgent action on dangerous slag heaps in South Wales were ignored, and in Aberfan the school and everyone inside were crushed under the waste from a coal mine.

The drowning of Capel Celyn led to calls for devolution, both in Wales and Scotland. We now have a Welsh government, a government not without its faults yet one that has made some far-sighted laws, such as The Wellbeing of Future Generations Act, and has deliberately chosen a civic, not ethnic, definition for citizenship. Yet whenever the Welsh government makes a decision Westminster doesn't like, we are swiftly reminded where the power lies and are over-ruled yet again.

Years of being told the language, culture, opinions are not good enough to be allowed in schools, in law courts, in government, have left their mark, and not just in Wales. It's not uncommon to hear environmentalists describe the Welsh landscape as a “green desert”, a place ripe for “rewilding”. The ffosau dyfru - slightly off-contour watering channels designed to suit the climate and terrain: unnoticed; the ffridd - our traditional agroforestry system: invisible; the rich culture: bypassed.

The language developed to pass on essential knowledge about how to thrive in this landscape, so linguistic and cultural sustainability can not be separated from environmental sustainability without immeasurable loss. The word “cynefin” is a good example. Usually translated as habitat, it means much more, containing within it notions of a familiar, intimate place. It comes, I believe, from the words cyn y fin, suggesting that being fully part of a habitat means being unafraid to stand “before the edge”, looking outwards, familiar with what is beyond.

It should go without saying that permaculture in Wales must be rooted here but in my experience this is proving to be a challenge. Even though the team behind Paramaethu Cymru has been predominantly Welsh for several years, one of the constant questions at gatherings is, bizarrely, “How can we reach the Welsh?”

That question contains a number of assumptions, not least that the Welsh are a homogenous group and that they need reaching. The assumption that I am asking the same question is painful, so to me a more pertinent question is how to gently ease off the blinkers.

A number of us are working in different ways to challenge unconscious assumptions like these by developing resources and planning workshops that tackle the fog of prejudices we all inhabit and unwittingly absorb. The Paramaethu Cymru annual national gatherings are an opportunity to take a fresh look at permaculture, highlighting and valuing different voices, different lenses and different ways of knowing.

But rootedness goes much further than being an issue only within Wales. Welsh culture, traditions and diversity are an integral part of Britain's multiculturalism and diversity. At the 2015 National Eisteddfod, Benjamin Zephaniah asked why Welsh language lessons aren't on offer in schools in England. It's a good question. So my challenge to permaculturists across the UK is to value and include Welsh approaches and perspectives alongside other perspectives, and make our thinking across the UK reflect our rich and diverse cultures and traditions.